Top Ten Tuesday is a weekly meme hosted by The Broke and The Bookish Blog.

This week’s topic is Series I haven’t read but want to.  This topic doesn’t apply to me because I LOVE series and don’t have any I haven’t started yet.  If I see a book that’s part of a series, I’m all over that like bees on honey.  So I’m going to highlight some of my favorite book series below.  Enjoy!

2. With Me in Seattle series by Kristen Proby.  This series revolves around the Montgomery family from Seattle and their friends, and is a great series.  8 books in length, there was one I didn’t love but the rest are the best. 3. Myron Bolitar series by Harlan Coben.  I was so incredibly sad when this series ended, because I loved Myron and his best friend Win.  Myron is a sports agent and each book follows a different story.  Mysteries.  Highly recommend. 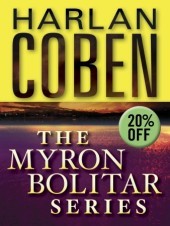 4. Body Movers series by Stephanie Bond.  Body Movers is the story of Carlotta Wren, a woman whose parents are on the run for legal issues and is left to raise her hellion teenage brother, who becomes a “body mover”.  In the meantime, her ex wants her back, she becomes involved with a cop named Jack (whom I love) and her brother’s boss Coop is in the mix.  Funny series, but also a mystery as well.

5. Until series by Aurora Rose Reynolds.  Another series about strong, alpha males with a hint of mystery and suspense.  This series focuses on the Mayson brothers, who each find love.  There is a spin-off series with the Mayson brothers children as well, which is very good. 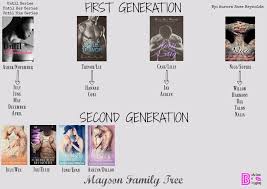 6. Corps Security series by Harper Sloan.  Alpha males.  Are you sensing a theme?  Each book in the first series follows an employee at Corps Security as they find love.  There is a spin-off series with their children as well.  Love this series. 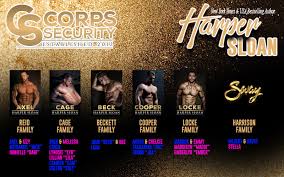 8. The Ride Series by Megan O’Brien.  5 books about brothers in a Motorcycle club and the women they meet and fall for.  I wish this series would continue, I love it that much!

9. The Sookie Stackhouse series by Charlaine Harris.  Read all but the last book because the second to last book was so bad, but in the beginning, I loved this series!  Turned into a show on HBO called True Blood, but the show was so different from the books that I couldn’t get into it. 10. Virgin River series by Robyn Carr.  I will admit up front I didn’t finish this series, but I did read 13 of the books before I moved on to another genre.  I love small town, “Doc Hollywood” type books, and this series is the epitome of this.  Love the people in this small town and how nice and accepting they are. What series do you love?  I’m always looking for a new one!