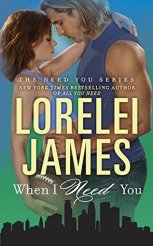 Heir to Lund Enterprises and ladies’ man Jensen “The Rocket” Lund has three conditions when it comes to dating:
1) No single mothers
2) No cheerleaders
3) No medical personnel
So it makes no sense that he’s wildly attracted to Rowan Michaels, who breaks all three.

Rowan Michaels didn’t pass the rigorous requirements to become an athletic trainer and Vikings cheerleader in the hopes of landing a pro athlete: been there, done that, and she has a young son as proof that football players and fidelity don’t go hand in hand. When Rowan learns her new neighbor is Jensen Lund, the smoking-hot tight end who takes being neighborly to a whole new level, she’s grateful for the team’s strict “no fraternization” policy because the sexy man defines temptation.

But Jensen is intent on rushing straight to the goal line to prove to Rowan he’s much more than just a player…on and off the field.

Jensen Lund is my favorite of all the Lund’s. Hands down. And I didn’t read Annika’s book (I really didn’t like either her or Axl, so I skipped it). But Jensen is awesome and I’m really glad I gave this book a chance.

Jensen Lund is a football player on the Minnesota Vikings and the youngest of the Lund siblings. He’s quite content with his life, and isn’t looking for a relationship. In fact, he has a list of people he won’t date – a single mom,  a cheerleader or a healthcare worker. One day, he’s coming home from a long day of rehabbing and he is on the receiving end of Calder Michaels running down the hall – and straight into his nuts.

Jensen goes to his friend and neighbor Martin’s house to play some video games, and is shocked when a fiery red-head answers his door. She, being Rowan, promptly slams the door in Jensen’s face. Once Rowan discovers that Calder hurt Jensen, she goes over with him to apologize. And a friendship blossoms.

Rowan has a strict no-athlete rule when dating. Calder’s father was an athlete and wanted nothing to do with his son. Rowan and Jensen are intensely attracted to one another, but so stubborn that they won’t admit they want to act on it.

Jensen got to be Rowan’s white knight. A summer camp that Calder was looking forward to was cancelled and Jensen went to his family and had a similar type camp in the books in no time. He spends time at the camp and gets his family involved.

Rowan was an amazing character. She was a single mom who always put her son first. I have a lot of respect for that.  And Jensen was a great guy. He was sweet and funny and I just loved him.

I really liked this book. I would recommend it.