Title: From Ice to Flames
Series: The West Brothers Series #2
Author: A.M. Hargrove
Genre: Standalone Contemporary Romance
Release Date: September 12, 2018
Blurb
One Rule: No More Men.
Two years ago I walked away from a marriage I
thought would last forever and all I got from it was Dick … and I don’t mean the one between my stupid ex’s legs.
I’m talking about the one hundred fifty pound
furry dog said ex dropped off at my doorstep.
But I’d take Dick
over any man, any day.
So why did I resemble my dog, panting and drooling, whenever I ran into Hudson West, my sexy
new neighbor?
True, the gorgeous
veterinarian was hotter than sin.
And my new roommate
only made it impossible for me to avoid conversation with a man I didn’t need.
Until tragedy struck and some jerk decided to run Dick down.
It was hotter than sin Hudson who came to his rescue.
Then it became impossible to ignore him.
It was only supposed to be a fling, a quickie, a
one and done.
We both had reasons
to keep it that way … my one rule and his five-year-old son.
Except things didn’t quite work out that way.
One turned into two, then three, annnnd you get
the picture.
Before we knew it, he gave me a lot more than
puppies and fairy tales.
And that stupid rule?
I should’ve stuck to it because now more
than my heart was at risk.
ADD TO GOODREADS

99c for release day ONLY! 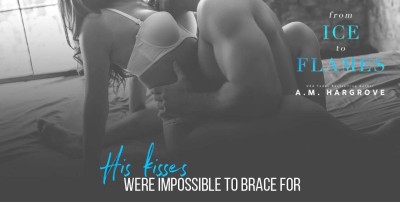 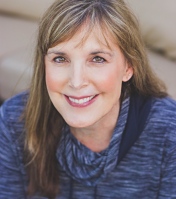 One day, on
her way home from work as a sales manager, USA Today bestselling author, A. M.
Hargrove, realized her life was on fast forward and if she didn’t do something
soon, it would be too late to write that work of fiction she had been dreaming
of her whole life. So she made a quick decision to quit her job and reinvented
herself as a Naughty and Nice Romance Author.

I am such a sucker for a single dad. It’s one of my favorite tropes for some reason. I saw the synopsis of this book and signed right up. I wasn’t disappointed.

Milly recently moved to New York from Atlanta after a divorce left her devastated. She meets her new neighbor, Hudson, after she spills the contents of her purse all over the floor. Hudson helps her clean up.  Shortly after moving to New York (in an apartment), her ex husband stops by with their 150 pound mastiff and informs Milly he’s moving to London and can’t take the dog with him. The dog, named Dick, makes Milly’s life more interesting – and difficult.

Her neighbor, Hudson, is a vet and has three dogs of his own – and a 5 year old named Wiley, who is the cutest little boy. He can’t pronounce his l’s and it’s so freaking cute. Wiley was the best part of the book, hands down. He kept calling Dick “Big Dick”, causing Hudson and Milly to have to explain what it meant every time and it was hilarious.

I have a few complaints. The book was about 75 pages too long. I also wanted to throat punch both Milly and Hudson in the last 25% of the book. They both acted incredibly stupid and immaturely, but it all worked out in the end.

I loved the side characters – especially Hudson’s family. His mom, dad and sister-in-law and brother were great. But Wiley – I can’t tell you how much I loved him. He made the entire book.

Overall, this was a good read and I would recommend it.

3 thoughts on “Release Blitz & Review ~ From Ice to Flames by A.R. Hargrove”