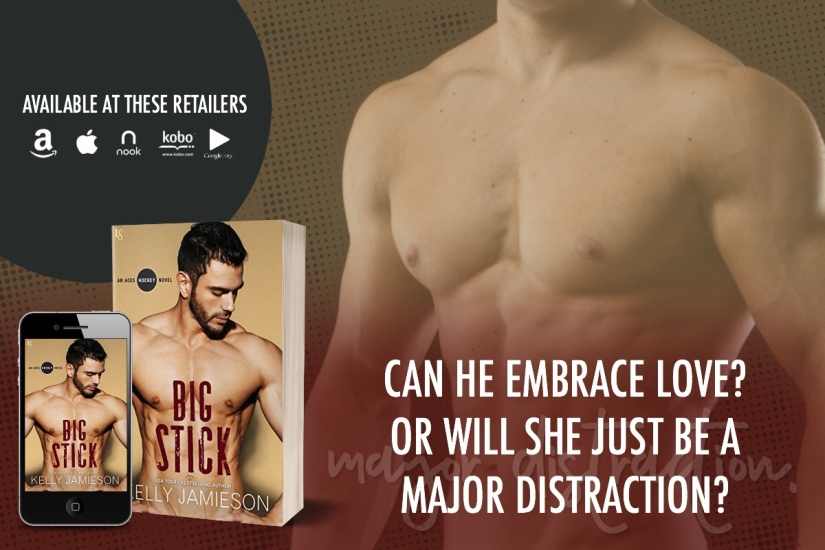 Big move . . . Jodie’s motto is “Don’t wait for the perfect moment—take the moment and make it perfect.” And that’s just what she decides to do when she moves to Chicago with her two-year-old daughter. Now all Jodie needs is a place to live, and her best friend’s boyfriend has just the answer.

Big stick . . . Nick Balachov has zero interest in socializing, partying, or flirting right now. It’s not that he doesn’t like women. He loves them. It’s just that hockey, casual hookups, and hanging out at home are enough for him these days. Now Nick has a big problem—because the woman living in his empty coach house is a major distraction.

Big deal? The more Nick tries to keep his distance, the more Jodie needs him—around the house, that is. First he helps with the snowstorm, then the power outage. Nick even finds himself trying to impress her little girl. What the hell is wrong with him? Jodie represents everything Nick doesn’t want. But maybe she’s just what he needs. . . .